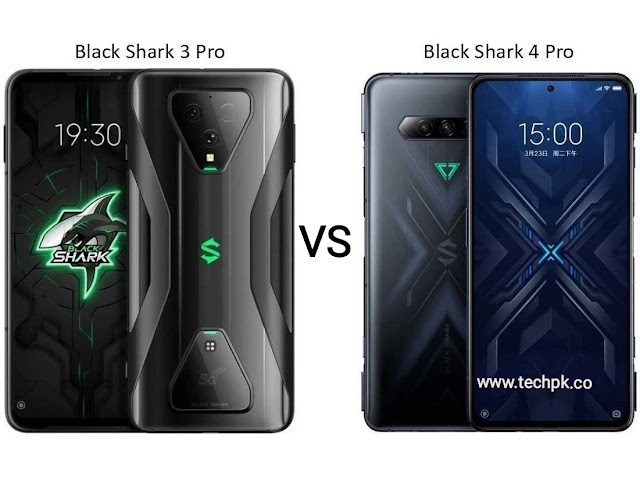 i has also launched a new flagship called Black Shark 4 Pro. Black Shark’s move to name the number “4” is bold.

This is because smartphone manufacturers from China usually pass the number “4” because they are considered to bring bad luck. Apart from that, the Black Shark 4 Pro brings many changes compared to its predecessor, the Black Shark 3 Pro.
If you are curious about the difference, go nowhere. In a moment, Techpk will explain the differences between the two in this article. For a brief overview, first look at the specifications of the two smartphones as follows:
{tocify} $title={Table of Contents} 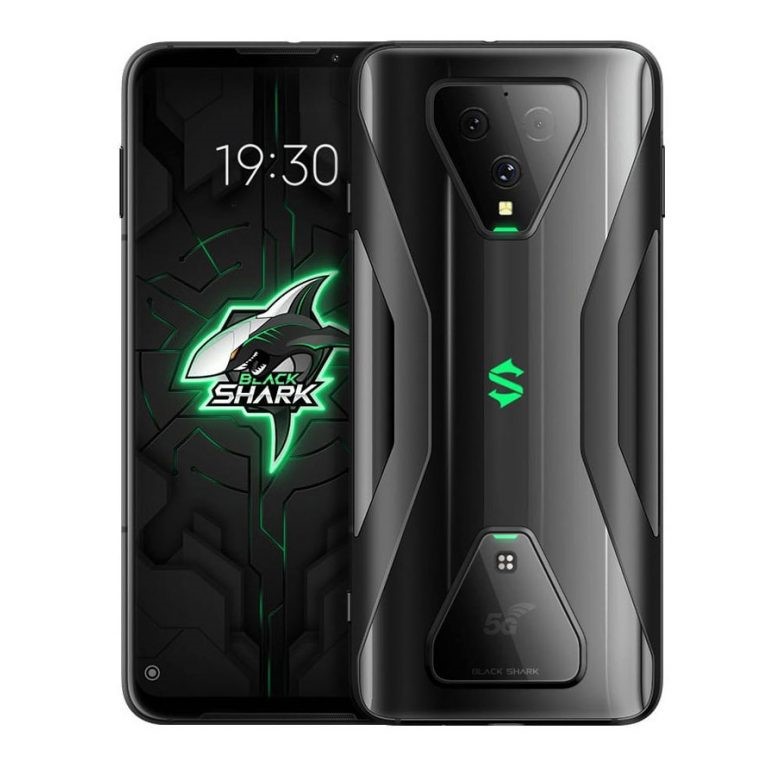 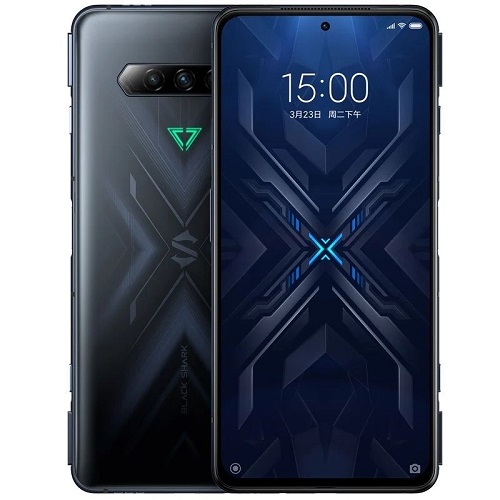 There are so many changes that make Black Shark 4 Pro different from Black Shark 3 Pro. However, we have summarized it into five points as explained below:
$ads={1} 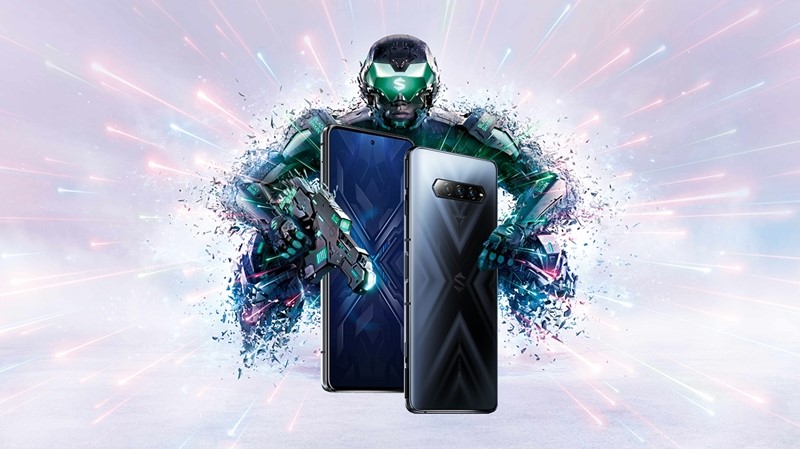 You must have realized that the Black Shark 3 Pro and Black Shark 4 Pro have shown the difference from the front. Yes, the face of the Black Shark 3 Pro still has a thick bezel, especially at the top for the camera.
The younger brother is different from following the trend of today’s flagship cellphones by reducing the bezel and installing a punch hole- style front camera (in the top center). If you look back, the difference between the two is even more visible.
The Black Shark 4 Pro has a triangular stripe design that forms the letter “X” with the Black Shark “S” logo in the middle. Then there is the inverted triangle symbol under the camera module. The camera module is now a horizontal rectangle with a triangular tip. In the module there are three rear camera lenses and a flash .
The older brother is different because he has a symmetrical striped design with the Black Shark “S” logo. What’s striking about the back cover of the Black Shark 3 Pro is, of course, the shape of twin diamonds facing each other. The top diamond is filled with three lenses plus a flash light . The diamond on the bottom is filled with the words “Black Shark”, “5G”, and the magnetic charging connector.
It is not only the visual problems that differentiate the two phones, but also the dimensions and weight. Black Shark 4 Pro is more compact than its older brother. The dimensions are 163.8 x 76.4 x 9.9 mm and the weight is 226 g. Meanwhile, the size of the Black Shark 3 Pro is 177.8 x 83.3 x 10.1 mm with a mass of 253 g. 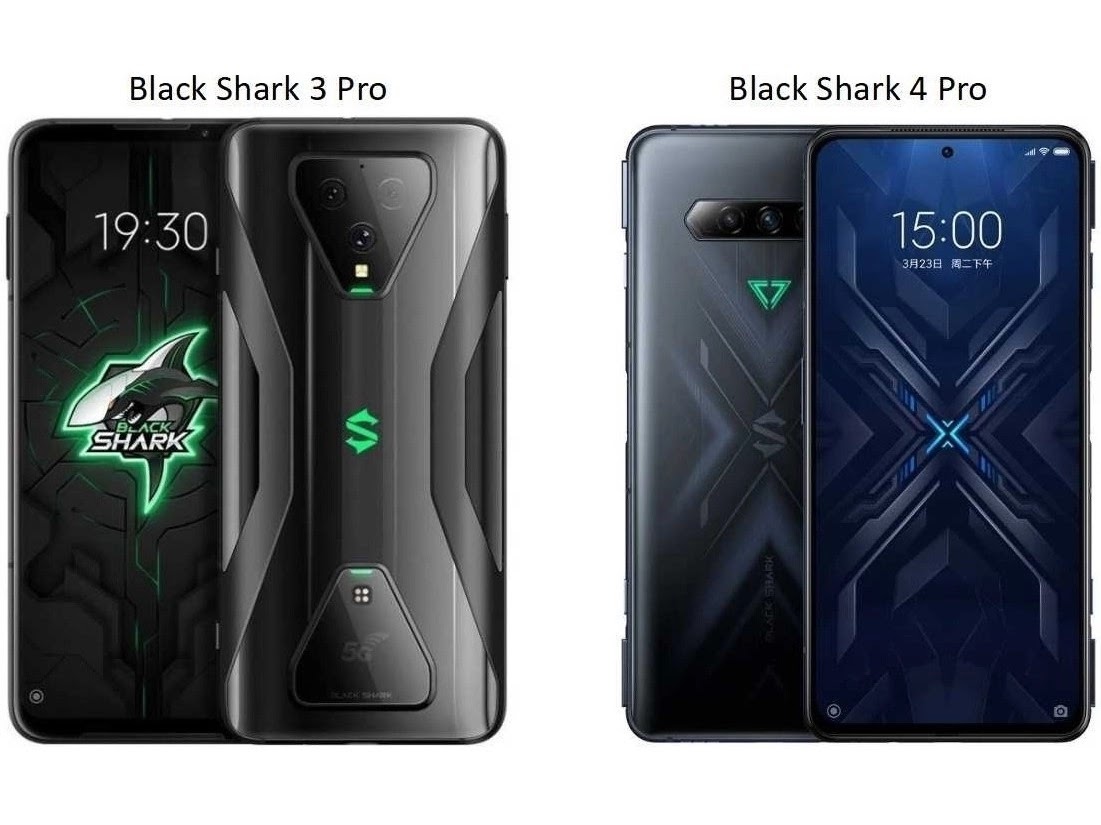 Black Shark seems to have learned that large resolutions don’t really have an impact on improving the user experience. Because of this, the resolution of the Black Shark 4 Pro was downgraded to Full HD + (1080 x 2400). After all, if the resolution is divided by the 6.67-inch screen, the pixel density is high enough, 395 ppi, which means the image is still sharp.
Instead of using a high resolution, the Super AMOLED Black Shark Pro screen is equipped with a high refresh rate, 144 Hz, so that the animation on the screen is smoother. Then, what is surprising is the touch sampling rate of 720 Hz. This touch sampling rate means that the screen of the cellphone only takes 1.38 milliseconds to respond to a single touch point.
Users who use the Black Shark 4 Pro in the hot sun can still see the screen clearly because the peak brightness is 1300 nits. On the other hand, the screen with the AMOLED Black Shark 3 Pro panel is certainly more spacious because of its 7.1-inch size.
The image is also numerically sharper due to the resolution Quad HD + (1440 x 3120 pixels) with a pixel density of 484 ppi. In addition, the technology provided for the Black Shark 3 Pro is still quite okay. Such as 90 Hz refresh rate and 629 nits peak brightness according to DxOMark . The 240 Hz refresh rate on this phone is still very responsive for today’s standards. 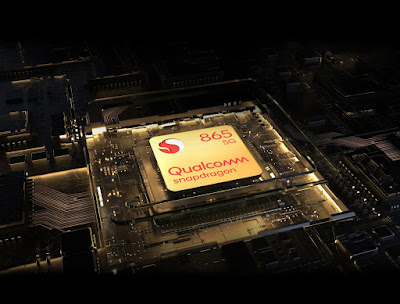 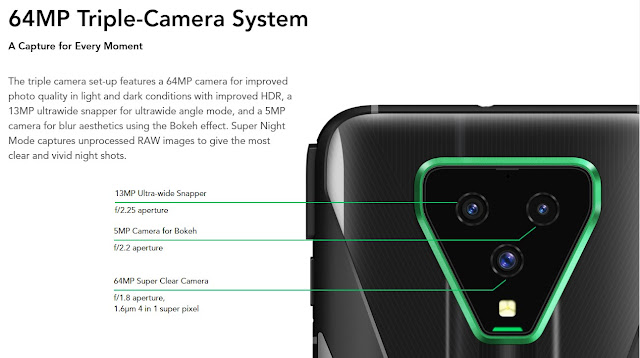 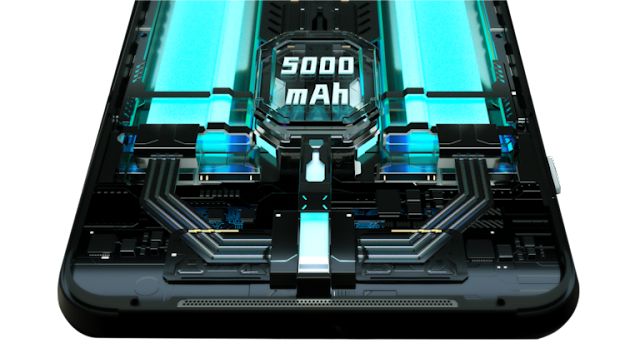 This is a review of the differences between Black Shark 3 Pro and Black Shark 4 Pro. The conclusion that can be obtained is that the Black Shark 4 Pro offers many changes from design to innards. Among the changes given, there may be some that don’t look impressive.
Like the camera sector, screen size, punch-hole front camera , and the absence of the option to charge the battery with a magnetic charger. However, Black Shark 4 Pro seems to want to present a gaming device that also prioritizes comfort. This can be seen from the smaller dimensions and weight of the previous generation.