Tablets are not exclusive devices created for the upper class only. This device reaches a wide market segmentation. Tablets with affordable prices are also trying to be presented by Samsung through the Galaxy Tab A series. In May 2021, this South Korean company launched the new tablet Samsung Galaxy Tab A7 Lite. 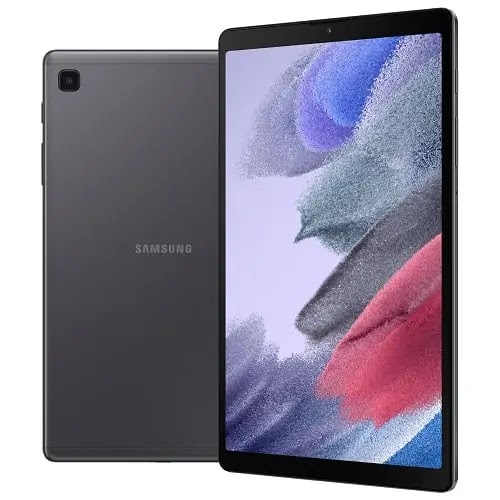 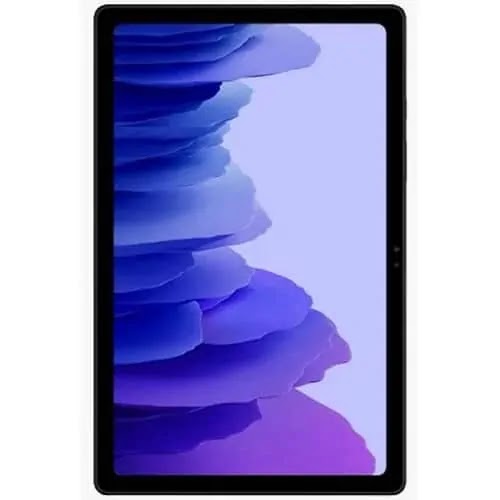 The appearance of the Galaxy Tab A7 Lite has appeared on the official Samsung website. Even so, Samsung has not confirmed what material is used by the tablet. The only thing that is currently known is its stylish shape . The left and right bezels of the screen are already a bit smaller than the top-bottom bezels.
The back is plain with the words “SAMSUNG” in the center printed horizontally. This tablet has dimensions of 212.5 x 124.7 x 8.0 mm and weighs 371 grams. It is thin and light for a tablet with this dark gray and silver color option.
Meanwhile, Samsung is openly announced from the start that the Galaxy Tab A7 2020 uses aluminum metal material on its body. Therefore, it is natural that the tablet weighs 477 grams. However, with a thickness of only 7 mm, this tablet is thinner than the Galaxy Tab A7 Lite.
In addition, it is also longer and wider (247.6 x 157.4 mm). The next difference lies on the front side, namely the size of the screen bezel so it is symmetrical between left-right and top-bottom. Then, on the back, the Samsung logo in the center is printed vertically—making it easy to read when the tablet is placed in landscape mode.

In the kitchen sector, the Galaxy Tab A7 2020 uses the Snapdragon 662 chipset which is made with an 11 nm fabrication process. This eight-core chipset consists of two CPU clusters, namely four fast Kryo 260 Gold cores (2.0 GHz) and 4 energy efficient Kryo 260 Silver cores (1.8 GHz). The Kryo 260 Gold is based on the Cortex A73 architecture, while the Kryo 260 Silver is based on the Cortex A53.
In addition to the CPU series, Snapdragon 662 has an Adreno 610 GPU which is recorded at 600 MHz. The Nanoreview site notes that this chipset has an Antutu 8 score in the 170k range. The use of Snapdragon 662 makes the Galaxy Tab A7 superior to its sister.
Because the MediaTek Helio P22T chipset used by the Galaxy Tab A7 Lite does not yet use Cortex A7x for its performance core . All eight-core CPU built on the Cortex A53 architecture. In detail, the four- core performance 2.3 GHz Cortex A53 and four cores power efficient 1.8 GHz Cortex A53.
Another proof that the chipset which has a Power VR GE8320 GPU (650 MHz) is still lagging behind is the Antutu 8 score it has achieved. Citing Chip Guider , the score recorded by the MediaTek Helio P22T is in the range of 93 thousand.

Both tablets have the same number of cameras, namely two: one on the front and one on the back. However, the front camera of the Galaxy Tab A7 2020 has a larger resolution, 5 MP. In addition, the position is also right, namely on the right side of the frame , not in the middle of the top frame .
The position of this camera is not trivial. Because, the position will determine the point of view of a camera in recording what is in front of it. Simply put, the camera on the right frame makes users more comfortable when doing video calling with a landscape tablet orientation.
Meanwhile, the front camera resolution of the Galaxy Tab A7 Lite is ‘only’ 2 MP and is placed in the middle of the right frame . The position of this camera will make you a little difficult when doing video conferencing . Because, you have to shift your body slightly to the left so that your friends can see your face.
It will happen when the tablet is used in landscape orientation. Using portrait or vertical orientation is fine. However, the coverage area captured by the camera is not as wide as when the tablet is laid horizontally. The rear camera of the two tablets has a resolution of 8 MP.

5. Completeness of Sensors and Speakers

Samsung has embedded three essential sensors into the mainboard of the Galaxy Tab A7 Lite. The sensors are accelerometer (for orientation), light (for auto brightness), and compass. The older brother is more complete because he does not only have the three sensors. However, it also has proximity sensors and demand deposits.
Proximity is useful for detecting how close the tablet screen is to human skin. This sensor will instruct the tablet to turn off the screen when the user is making a call. While the sensor is a more advanced accelerometer sensor .
The gyro sensor is useful when you are playing virtual reality games or other games that require movement orientation to direct your character. The sensor problem is solved, moving on to the speakers.
The speakers or loudspeakers on both tablets are actually stereo and supported by Dolby Atmos technology. However, the Galaxy Tab A7 2020 has two pairs of stereo speakers , which means there are four. Therefore, the Galaxy Tab A7 may have a more stable sound output when used for watching movies.

The word Lite on the Galaxy Tab A7 Lite really shows that this tablet is indeed a lower version of the Galaxy Tab A7 2020. It can be seen from the screen size, chipset , camera, sensor, speaker, and battery that are trimmed.
However, this trimming doesn’t make the Galaxy Tab A7 Lite unattractive. Precisely this makes the product will focus on different segments with relatively leaner selling prices. Techpk also sees that this tablet will be more suitable for those who want to replace notebooks as a note-taking tool.
While the Galaxy Tab A7 2020 is suitable for use by those who often do video conferencing . Or serious performance jobs like editing photos, videos, and even playing games. That’s our explanation, what do you think?