Infinix colors the May 2021 calendar by launching the latest entry class smartphone . Yes, the smartphone in question is the Infinix Hot 10s. This one million Mobile phone was launched with the slogan “Anti-Lagging Gaming”. 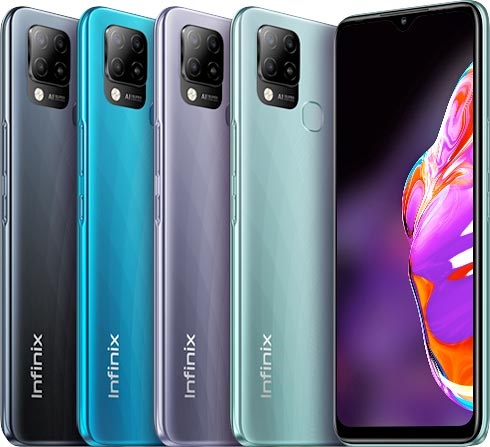 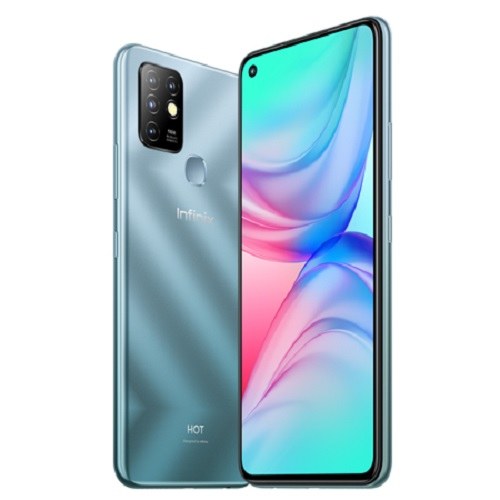 Well, it looks like you already know what are the differences between the two Mobile Phones. Therefore, let’s discuss and match them one by one through the following points!

You will immediately be able to distinguish Infinix Hot 10s and Infinix Hot 10 Play from the first sight. The reason is, the designs carried by the two Mobile Phones are indeed different. Let’s see what the difference is from the back side.
The Infinix Hot 10s has a back cover with a diamond arrangement that forms a kind of net. As it turns out, this design is inspired by Bolivia’s largest salt lake, the Salar de Uyuni, which amazes for its reflective light and shadows.
On the glossy plastic back cover is the Infinix logo written vertically, a fingerprint sensor in the top center, and a multilevel rectangular black camera module.
The first level of the camera module is filled with four circles in a 2-2 formation. The three circles in between are cameras. Meanwhile, the second level is occupied by flash lights.
Then, what about the stern side of the Infinix Hot 10 Play? The back cover of this phone has a striped texture that can create a holographic effect when exposed to light. The placement of the Infinix logo and fingerprint sensor is the same as the Hot 10s.
However, the shape of the camera module is different. The color of the camera module on this phone always matches the back cover, different from the Hot 10s which is consistently black.
Then, this tierless module houses four circles in a vertical 3-1 formation. The three circles in between are two camera lenses and one flash light . There is no difference for the front because both phones are equipped with water drop-like screens.
The next difference regarding the design is in the dimensions and weights. The Infinix Hot 10 Play is slightly longer, thinner and lighter, measuring 171.8 x 78 x 8.9 mm and weighing 207 g. While the dimensions of the Infinix Hot 10S are 171.5 x 77.5 x 9.2 mm with a weight of 210 g.

Both phones entrust the display sector to a screen with an IPS panel. The size and resolution are the same, which is 6.82 inches HD + (720 x 1640 pixels). However, due to performance reasons, there is a shot of improvement to the Infinix Hot 10S screen.