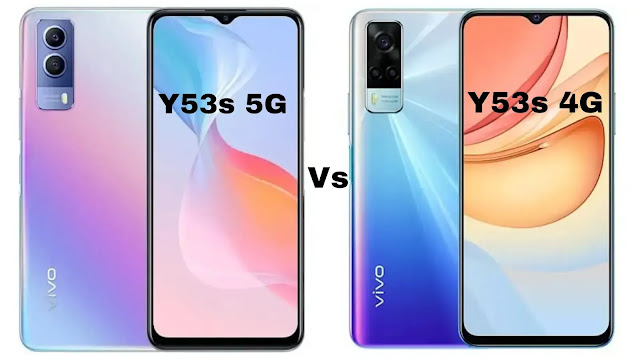 In June 2021, the vivo Y53s 5G was introduced globally as one of the affordable 5G smartphone options from vivo. However, with the same name, vivo launched a 4G model of this phone. That’s right, the name is vivo Y53s 4G which has officially launched in Many Countries in July 2021.

The emergence of a mobile phone name with two variants – 4G and 5G – this seems to be a trend. This is not wrong considering that many countries like Indonesia, Pakistan, India, Philippines, are indeed in the transition period from 4G to 5G. Especially if the 5G being developed is of the NSA ( Non Standalone ) type, which requires 4G infrastructure to operate.

Now, consumers are also faced with the choice to buy a 4G cellphone or a 5G cellphone with a similar price range, as in the case of the vivo Y53s 4G and the vivo Y53s 5G. Of course, there will be pluses and minuses when choosing one of them. That’s why you must know the difference between the two phones so you can decide which one is more worth it. 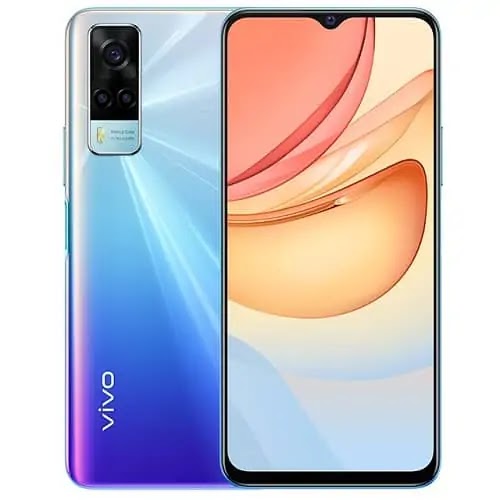 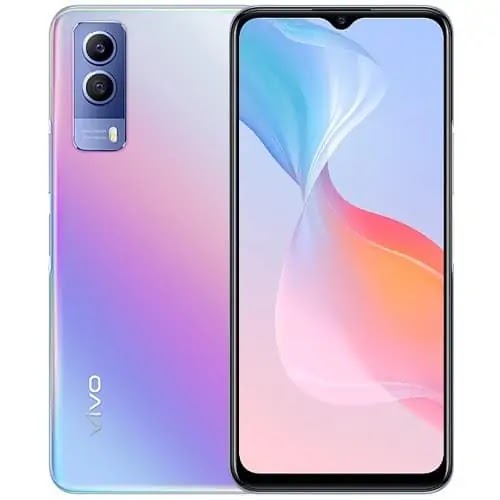 The difference between the vivo Y53s 4G and the vivo Y53s 5G is not just a matter of the SoC that determines network support. There are quite a lot of differences between the two phones even though the price ranges are similar. Here’s the explanation.

In one glance, you may see that the two cellphones have a similar design. This can be seen from the screen that uses a water drop style. The position of the buttons on both phones is the same, including the placement of the fingerprint sensor on the side.

However, one thing that is different about the design appears on the rear camera module. The vivo Y53s 4G camera module is divided into two parts. The top is filled with three lens circles arranged in a triangular style. While at the bottom there is an elongated flash that is attached to the left side.

The camera module that is divided into two parts is also used by the vivo Y53s 5G. The difference is that the top of the MOBILE PHONE 5G module only accommodates two lenses. While the flash at the bottom is now closed to the right.

There is no difference in size, resolution, and panel type on the two phones. Both the vivo Y53s 4G and the 5G version both use a 6.58-inch IPS LCD screen with Full HD + resolution (1080 x 2408 pixels) to strengthen the display sector.

In fact, both of them carry the DCI-P3 color gamut like a modern cinema. However, the Y53s 5G is slightly superior because it supports a high refresh rate of 90 Hz. As a result, the navigation experience on this cellphone will be smoother. Playing games with images above 60 fps is also possible.

Meanwhile, the Y53s 4G still uses the standard refresh rate, 60 Hz. One more difference about the display that is not really important is the screen-to-body ratio.

A cell phone can pick up a 5G signal based on the presence of a 5G modem in the installed SoC. vivo Y53s 5G gets that capability thanks to the Snapdragon 480 5G SoC made with an 8 nm fabrication process.

Meanwhile, the vivo Y53s 4G utilizes the SoC from MediaTek, namely the Helio G80. An eight-core SoC results from a 12 nm manufacturing process. Helio G80 has two cores tightly Cortex A75 (1.8 GHz) and the core efficiency of the Cortex A55 (1.8 GHz). It also has a Mali-G52 MC2 GPU.

On paper, the Vivo Y53s 5G’s Snapdragon 480 5G is more powerful. This is thanks to the use of a more modern architecture and fabrication process. The AnTuTu 8 SoC score is also superior to the Helio G80, which is around 250 thousand against 200 thousand.

The discussion on the design points may have given a little idea what the camera configuration of the two phones looks like. Yes, the vivo Y53s 4G does have more lenses in the rear camera sector. It has a 64 MP main lens with f/1.8 aperture; as well as a macro lens and a depth sensor lens, both of which have a resolution of 2 MP, with an aperture of f/2.4.

vivo Y53s 5G has a similar configuration, except for the depth sensor lens because it doesn’t have one. What is unique, although the number of lenses is less, it can choose to record between 30 or 60 fps at 1080p resolution. While his 4G brother is only 30 fps at a similar resolution.

The good news is that all phones are equipped with gyro-EIS for rear camera video recording. Back to the front camera lens, now it’s Vivo Y53s 4G’s turn to be superior. Because, it has a selfie camera lens with a resolution of 16 MP, f / 2.0. Its 5G twin is only half, 8 MP, f/2.0, but has HDR features.

vivo Y53s 4G again outperforms the vivo Y53s 5G for the charging sector. The reason is, it is supported by 33 Watt fast charging technology. vivo claims, this technology can make the Y53s 4G battery charged 70% in just 41 minutes.

This travel time is fairly fast because the battery carried by the cellphone is quite large, 5000 mAh. Meanwhile, the Vivo Y53s 5G is only equipped with 18 Watt charging technology.

vivo Y53s 4G sold has a memory configuration of 8 GB RAM with 128 GB of internal storage. This size is already large, it can even be enlarged. RAM can be increased up to 11 GB with the extended RAM feature. While the storage space can be increased with a dedicated microSD slot up to 1 TB.

Meanwhile, the vivo Y53s 5G is available in two storage options, 128 GB and 256 GB. Both have 8GB of RAM. However, this cellphone cannot expand its storage space because it does not have a microSD slot.

Apart from the cellular network differences you already know, there is still a differentiating factor between the two phones when it comes to connectivity. That factor is NFC and audio codecs for wireless music playback.

For NFC, this feature is owned by the vivo Y53s 4G which is sold in Indonesia, Pakistan, India, Philippines, And Much more countries. The NFC feature on this cellphone is multifunctional; can be used to send documents, check e-money balances , and become access keys at hotels. vivo Y53s 5G global doesn’t have NFC.

Now for the audio codec, GSM Arena says that the vivo Y53s 5G supports aptX HD. That said, this audio codec keeps the battery from running out quickly when the cellphone plays music with TWS or wireless earphones . In addition, there is no delay alias pause when the song is playing. Y53s 4G does not have this audio codec yet.

You now know that 4G and 5G cellphones at the same price level have differentiating factors that are pluses and minuses. There are some aspects that excel, but some that are not. This is as shown between the vivo Y53s 4G and the vivo Y53s 5G.

vivo Y53s 4G excels because it has a microSD slot, camera configuration, fast charging technology, and NFC. While the Vivo Y53s 5G has an appeal thanks to a screen with a 90 Hz refresh rate , faster performance, and of course 5G network support. What do you think, which phone is more suitable for use at this time?

This website uses cookies to improve your experience while you navigate through the website. Out of these, the cookies that are categorized as necessary are stored on your browser as they are essential for the working of basic functionalities of the website. We also use third-party cookies that help us analyze and understand how you use this website. These cookies will be stored in your browser only with your consent. You also have the option to opt-out of these cookies. But opting out of some of these cookies may affect your browsing experience.
Necessary Always Enabled
Necessary cookies are absolutely essential for the website to function properly. These cookies ensure basic functionalities and security features of the website, anonymously.
Functional
Functional cookies help to perform certain functionalities like sharing the content of the website on social media platforms, collect feedbacks, and other third-party features.
Performance
Performance cookies are used to understand and analyze the key performance indexes of the website which helps in delivering a better user experience for the visitors.
Analytics
Analytical cookies are used to understand how visitors interact with the website. These cookies help provide information on metrics the number of visitors, bounce rate, traffic source, etc.
Advertisement
Advertisement cookies are used to provide visitors with relevant ads and marketing campaigns. These cookies track visitors across websites and collect information to provide customized ads.
Others
Other uncategorized cookies are those that are being analyzed and have not been classified into a category as yet.
SAVE & ACCEPT
%d bloggers like this: