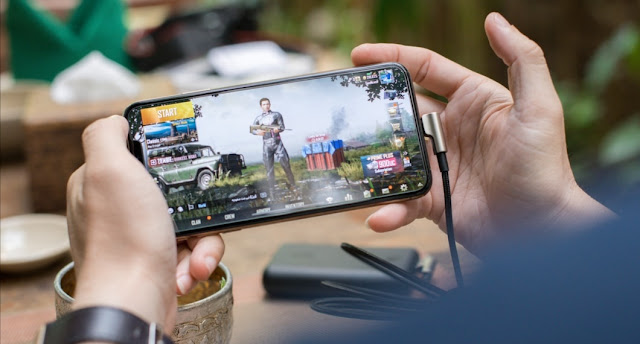 Mobile gaming is the gaming industry of the future. This fact is indisputable. Many game developers who initially focused on the desktop are now expanding to mobile devices . This factor is also what eventually makes smartphones continue to develop with high specifications. The goal is to be able to satisfy the desires of mobile gaming players .
This phenomenon then gave birth to several types of cellphones that can be maximized for playing games. Some vendors have even made cellphone concepts that are intended for the needs of playing games. This really needs to be done considering the type of ordinary cellphone, such as the most expensive Samsung cellphone,  even though it is less selling if it is only focused on the market niche of mobile gaming players .
On the basis of this, we have compiled several types of smartphones that are suitable for playing games. The goal is clear to accommodate your needs, which are focused on playing games on a cellphone. So, what are the smartphones to play the game? Here’s the explanation.
{tocify} $title={Table of Contents} 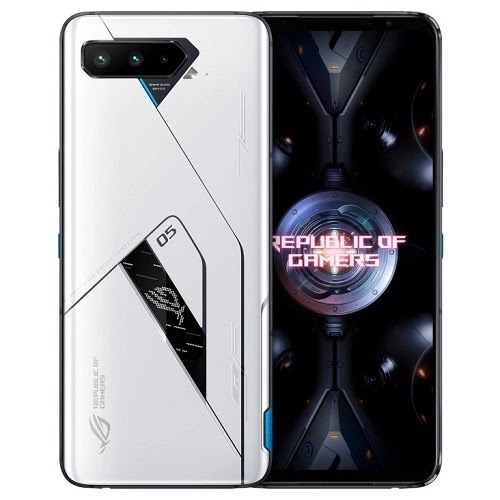 In this world, nothing is perfect, including smartphone gaming . However, all producers must be competing to create innovations that are close to perfection. Like ASUS, which presented the ASUS ROG Phone 5 Ultimate smartphone in March 2021.
This phone is the highest variant in the ROG Phone 5 family. Maybe this is the right phone to rely on if you are an e-sports athlete with a professional level. Because, compared to the regular version, ROG Phone 5 Ultimate has functional features that help you stay on the winning path.
This feature is a hidden button on the back cover. You can use this button for certain functions related to the game. For example, as the NOS button for the racing game Asphalt. Another thing that distinguishes ROG Phone 5 Ultimate from the regular version is the monochrome screen on the back and a larger memory configuration (512GB storage with 18GB RAM). 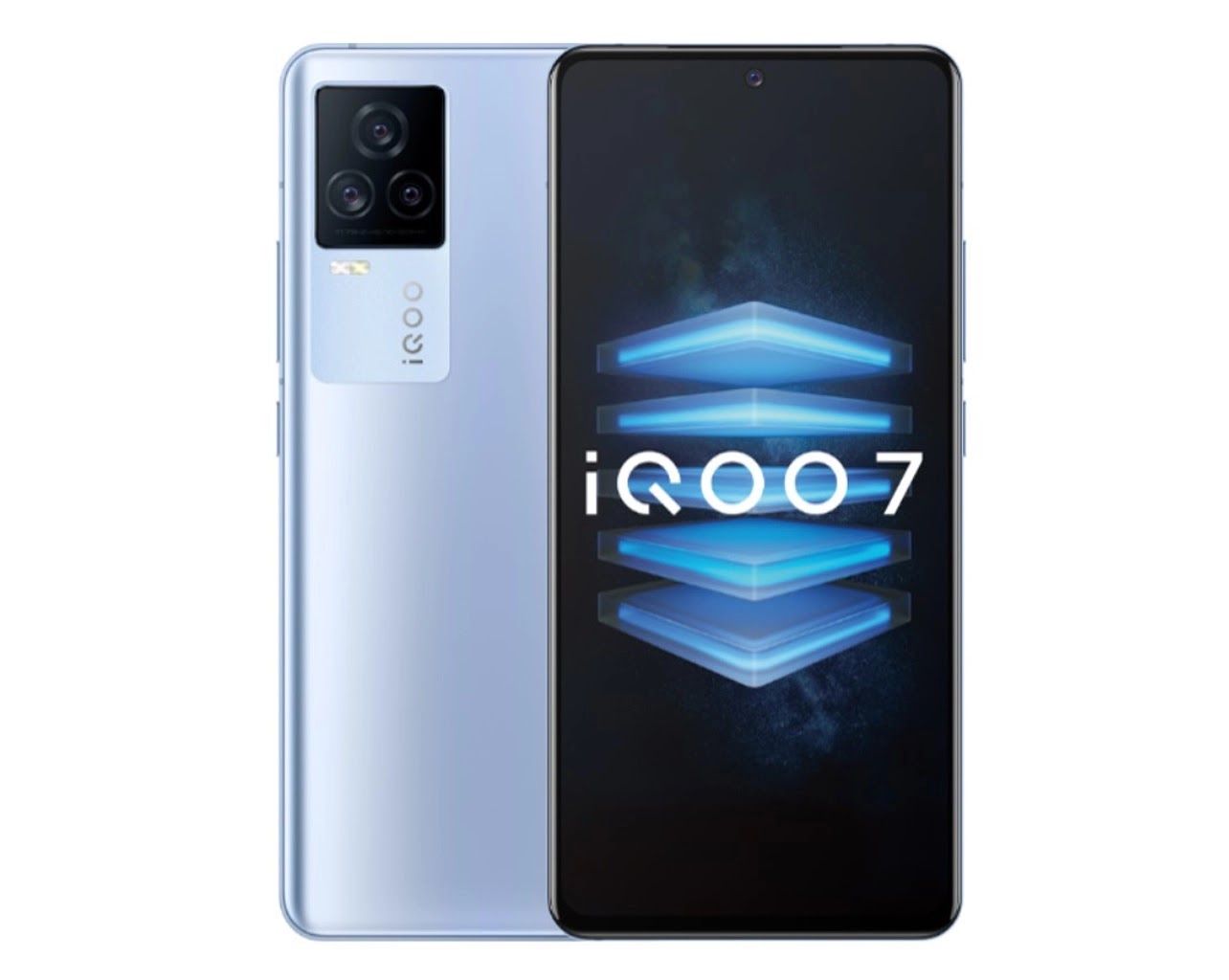 Behind its calm appearance, who would have thought the Vivo IQOO 7 was a gaming smartphone . Indeed, the appearance of this phone is not adventurous. However, the ‘god’ specifications it carries will be familiar with various games with heavy graphics levels.
This is thanks to the Snapdragon 888 SoC which contains the GPU Adreno 660. The game visuals are not presented properly because the IQOO 7 Vivo screen has a refresh rate of 120 Hz and is rated HDR10 +. Wearing headphones will make you feel like you are in the movie or game that is playing.
The reason is, this one cellphone has high-resolution audio certification (24-bit / 192 kHz), and supports the aptX HD codec for bluetooth headphones . On the other hand, even though the battery capacity is mediocre (4000 mAh), the embedded charging technology is extraordinary, namely 120 W. vivo claims to charge the Vivo IQOO 7 battery from empty to full only takes 15 minutes.
$ads={1} 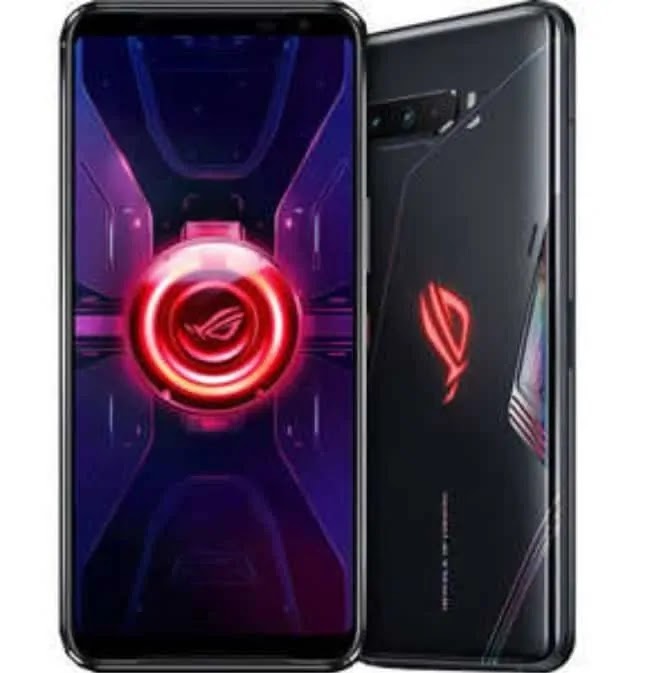 The title of the best gaming phone might fall on the ASUS ROG Phone 3 , even though there are actually many other gaming phones that are trying to compete with its prowess. The reason is, ASUS ROG Phone 3 is the first to present the latest chipset from Qualcomm, namely Snapdragon 865+.
How about the specifications? Of course it only presents the best, with an AMOLED screen measuring 6.59 inches and FHD + resolution, presenting a refresh rate of 144 Hz for a smoother gaming experience on the eyes, support for a 6000 mAh jumbo battery, and much more that will make anyone amazed.
Since the release of this cellphone, the ASUS ROG Phone 3 has officially become the best performing Android phone in the industry, beating the Xiaomi Mi 10 , OPPO Find X2 Pro , and dozens of other flagship phones . Anyway, if you want to play games with the best experience, ASUS ROG Phone 3 doesn’t need to be doubted. 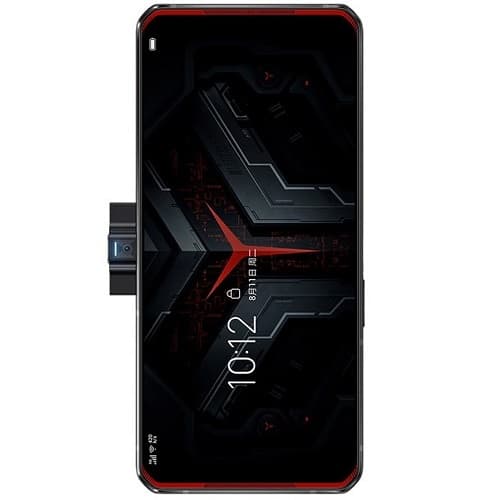 If ASUS has a gaming product line with the title Republic of Gamers, Lenovo also doesn’t want to be left behind by highlighting the Legion product series. This is the first time that the Lenovo Legion has entered the realm of HP gaming after dominating the PC and laptop markets.
By presenting a gaming cellphone entitled Lenovo Legion Pro, apparently it is able to compete with old players such as the Black Shark series and the ROG Phone series. It can be seen from the choice of chipset it carries, namely Snapdragon 865+, the same chipset that was brought by ASUS ROG Phone 3.
In terms of battery, its 5000 mAh capacity may look standard. But who would have thought, this newcomer seems to be presenting 90 W fast charging for the 16/512 GB model, a very superior power in its class.
In addition, the Lenovo Legion Pro, which has another name, the Lenovo Legion Duel, also presents a clean screen from the appearance of the front camera. The reason is, it has a front lens with a motorized pop-up mechanism.
Combined with the minimal bezel-less screen design and 240 Hz touch sampling , gamers’ enjoyment is complete for an immersive gaming experience. 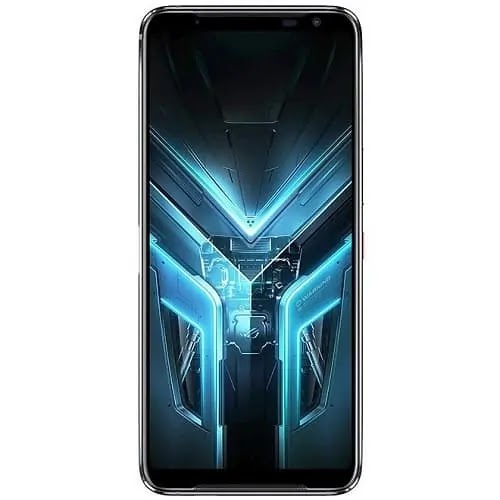 Apart from the regular variant offered by ASUS, there is also a cheaper alternative called the ASUS ROG Phone 3 Strix Edition. Don’t worry about a drastic drop in specs, because this alternative variant does offer minor differences.
For example, instead of getting an internal memory capacity model of up to 512 GB, this phone only offers 256 GB. Likewise with the RAM which is only stuck at 12 GB instead of 16 GB.
Maybe there is a slight decline in the gaming performance sector , because the chipset “only” presents the Snapdragon 865. However, the Snapdragon 865 is among the best to catch all heavy games without a hitch. Interested? 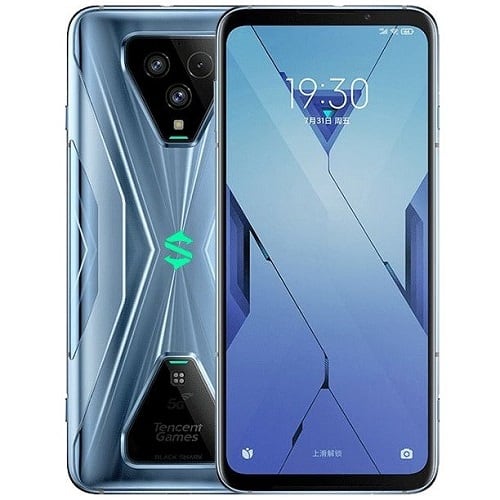 As if the ordinary Black Shark 3 wasn’t enough, Xiaomi also presented a new variant of this series called the Black Shark 3S. Not much has changed in this edition, except for the increase in the 120Hz refresh rate.
You could say, this S variant is superior to the regular one, but still under the Black Shark 3 Pro. This variant also does not present the 128/8 GB model like the regular one, because there is only one choice of RAM, which is 12 GB.
In the internal memory technology sector, Black Shark 3S has also increased from just UFS 3.0 to UFS 3.1. This means that the loading time in the game or the duration of moving files can be faster.
0 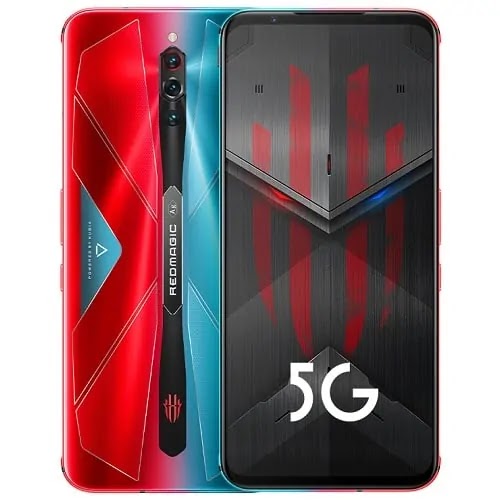 Now, switching to a gaming cellphone that even though the name is less familiar but still presents advanced specifications specifically for true gamers . Yes, this is a gaming phone from ZTE titled Nubia Red Magic 5S.
Compared to its competitors, this cellphone does tend to be priced more affordable. But don’t be fooled by the price, because the ZTE nubia Red Magic 5S has also been presented with a powerful chipset from Qualcomm, the Snapdragon 865.
It does not 865+, but in 2020 when HP released, 865 Snapdragon performance is still very future-proof though is not the best.
This phone is also an upgraded variant of the ZTE nubia Red Magic 5G which was released a few months earlier. With the slight difference in time for the release of these two variants, of course you can’t really feel a significant difference.
There are only differences in the combination of RAM and internal memory, and the Red Magic 5S only presents two color choices, namely Silver and Cyber ​​Neon. 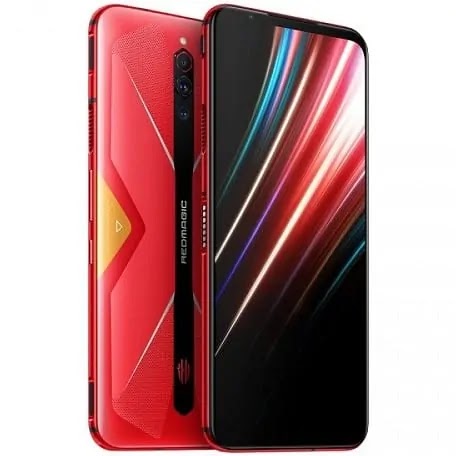 If you are looking for a gaming phone with the best display quality, then the answer is ZTE nubia Red Magic 5G. That’s because until the latest update of this writing (9/5/20), the Red Magic 5G, which comes with a 144Hz refresh rate, has been named the best-looking smartphone on the market.
The 144Hz display is sure to be heaven for mobile video game lovers. This makes all in-game image movement and the overall appearance of the device smoother . As well as an excellent display, this cellphone also comes with a number of decent gaming features, such as shoulder game triggers, RGB LED, and thundering stereo speakers. Another interesting part is the aggressive design which comes in a number of cool color options.
The performance of this cellphone is also very fast thanks to the support of the best Android chipset on the market today. Meanwhile, the main camera is capable of recording 8K videos even though the overall performance is arguably less satisfactory (you know, this is a gaming phone). Another plus point is the 55W super fast charging support. 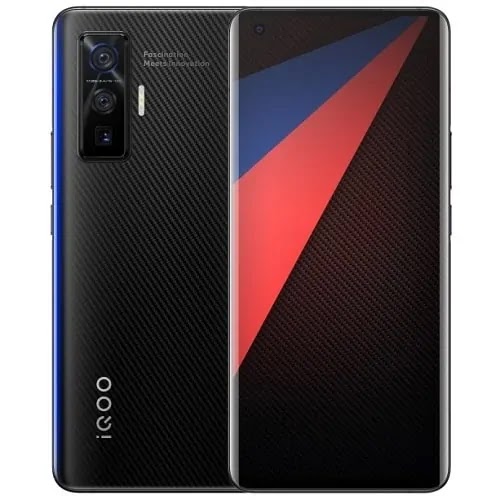 vivo re-launched their 5G gaming phone in the iQOO series in August 2020. iQOO 5 Pro, as it’s called, is here to offer a brilliant display. This time the display is accompanied by a high refresh rate, so as to offer a satisfying visual experience.
The vivo iQOO 5 Pro is powered by one of the fastest chips on the market, so it is able to provide stable performance under continuous loads. In the memory section, this cellphone comes with two choice options, namely 8GB or 12GB RAM with 256GB high-speed storage but without memory card support.
The most interesting part of this cellphone is the battery charging technology. Even though the capacity is arguably less competitive with competitors’ products, the battery supports 120W super fast charging! In its advertisement Vivo claims that this charge is able to charge the cellphone battery from 0-100% in just 15 minutes! Crazy, right? 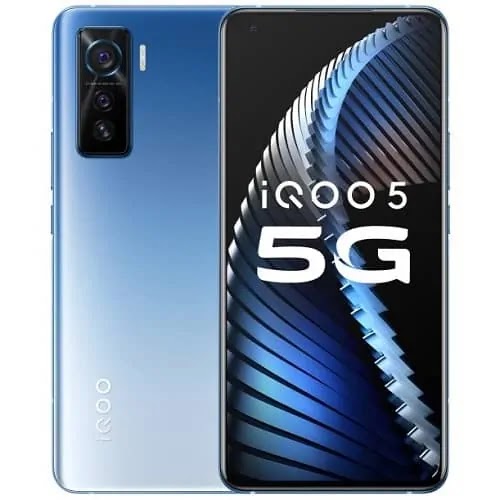 The vivo iQOO 5 5G comes with slightly lower specifications than the Pro version. On the battery side, this cellphone offers a higher capacity, but support for fast charging is lower, which is 55W.
Even so, the charging technology is quite fast, able to charge the vivo iQOO 5 5G battery from empty to full in just 50 minutes (advertisement).
For cameras, Vivo does not equip it with a telephoto lens, but replaces it with a portrait lens with 2x optical zoom.
Apart from 10 smartphones to play the game, there are many other phones that are actually quite impressive for playing games. It’s just that these 10 smartphones have their own uniqueness in offering a cool gaming experience via cellphone.
37.09024-95.712891