Skip to content
Home Mobile phones Difference between OPPO A74 and OPPO A74 5G that you should know!

Do you know that OPPO has just announced its newest member in line A? Yep, right at the beginning of April 2021, two OPPO devices named OPPO A74 and OPPO A74 5G are ready to enliven the cellphone industry by bringing a myriad of the latest and attractive features for its users. 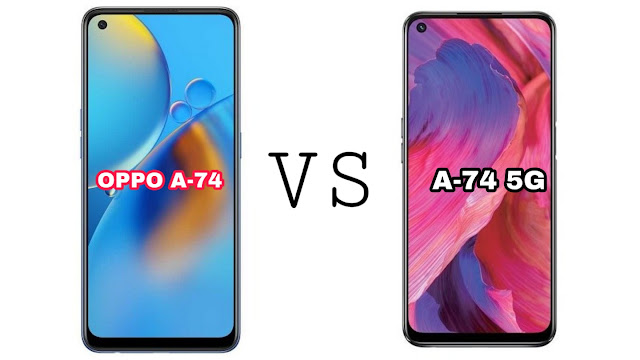 Born simultaneously, the A74 twins are equipped with several similarities, one of which is the use of the Android 11 operating system with the ColorOS 11.1 interface. With a more updated operating system based on the two smart phones, they will be presented with the latest features ranging from Media Control, Do Not Disturb Mode, Gaming Shortcut Mode, to Adjustable Gaming Touch.

However, the two phones made by OPPO certainly come with disimilarity. One of the most noticeable differences is the connectivity technology, which can be seen from the name. OPPO A74 5G has implemented the 5G network, while regular OPPO A74 is stuck on the 4G network. To explore further, try reading the specifications of the two OPPO phones below: 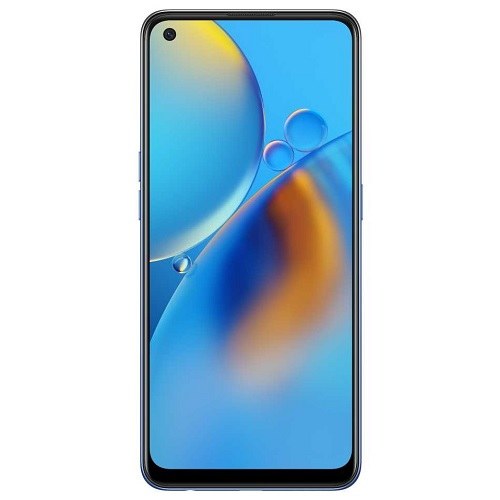 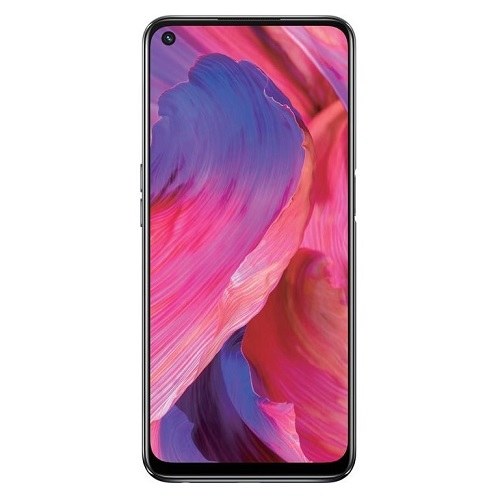 Difference between OPPO A74 and OPPO A74 5G

After you listen to the specifications and brief explanation above, this time Techpk will invite you to uncover the differences between the OPPO A74 and OPPO A74 5G starting from screen technology, SoC, sensors, and much more. Curious? Come on, just take a look at the following discussion: 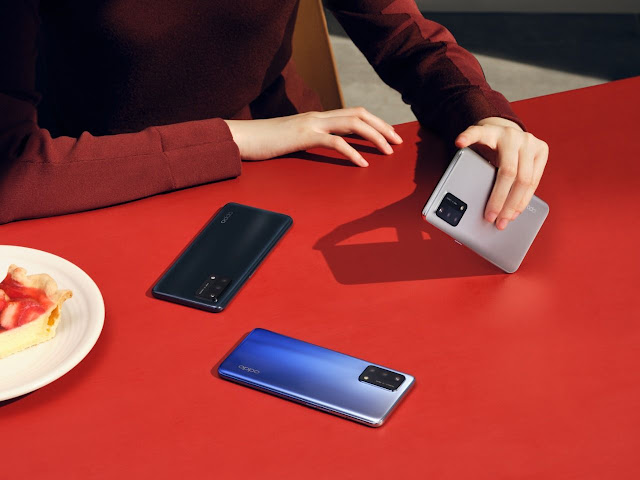 Although the appearance of the two is very similar to carrying the Punch Hole concept, for corporate affairs, both the regular version of the OPPO A74 and the OPPO A74 5G are designed with different settings. Starting with the OPPO A74 which was born with a body weighing 175 grams, while the OPPO A74 5G has a weight of 190 grams. It can be seen that OPPO A74 is lighter than the 5G version. 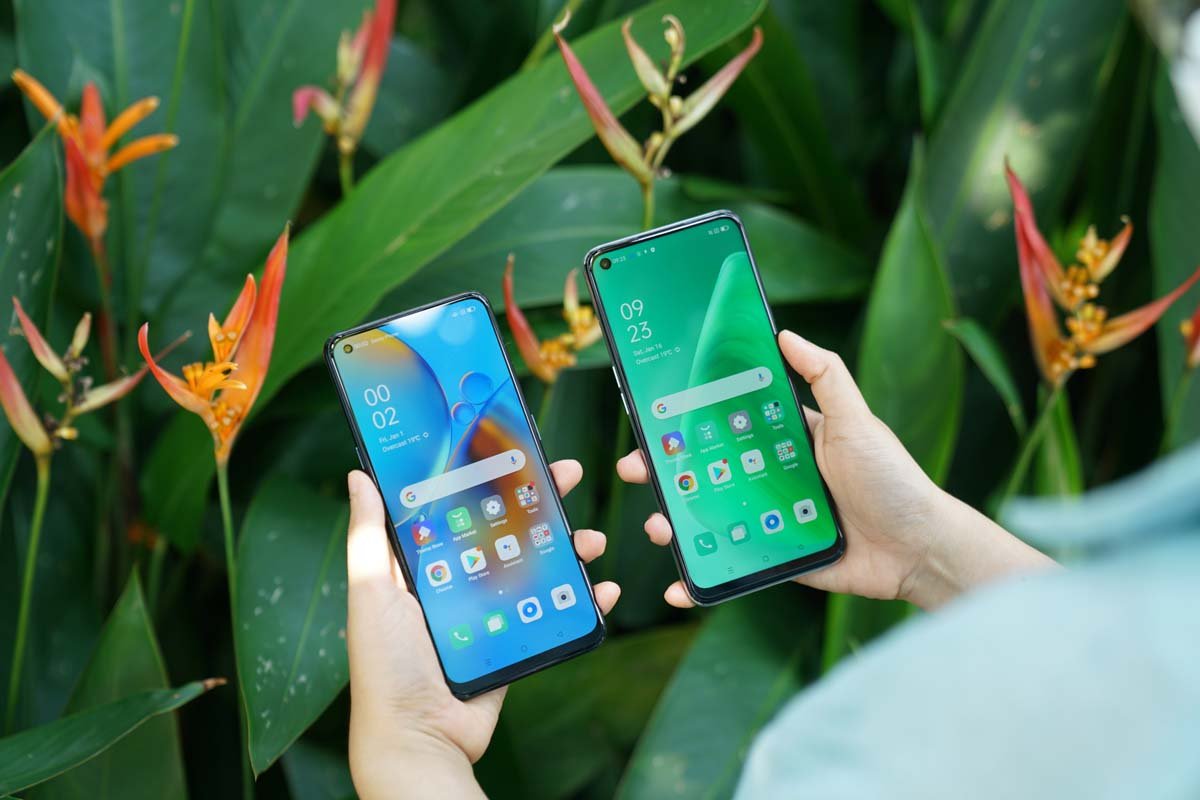 The A74 twins from OPPO, which were created through a resolution of 1080 x 2400 pixels with a 20: 9 ratio, seem to have a distinction about the screen technology they carry. Like the regular edition of the OPPO A74, which has a screen sharpness of up to 409 ppi, which is somewhat bigger than the OPPO A74 5G, where the pixel density is only fixed to 405 ppi.

Turning to the screen type, OPPO A74 pairs an AMOLED panel which is expected to display brighter colors and consume more efficient battery power. Meanwhile, the OPPO A74 5G decided to be covered by an LTPS IPS LCD panel that offers good viewing angles and the screen display is guaranteed not to be blurry.

These two OPPO smart phones carry a high level of brightness on the screen in their class, obviously this will provide comfort to the user’s eyes, especially when the device is exposed to reflected sunlight.

However, both have different brightness levels. The regular edition of the OPPO A74 managed to collect 430 nits, while the OPPO A74 5G reached 480 nits. A little extra that the OPPO A74 5G is able to go up to 90Hz, unfortunately for the refresh rate, the OPPO A74 has to be complacent at 60Hz.

3. Compete in the Kitchen Runway 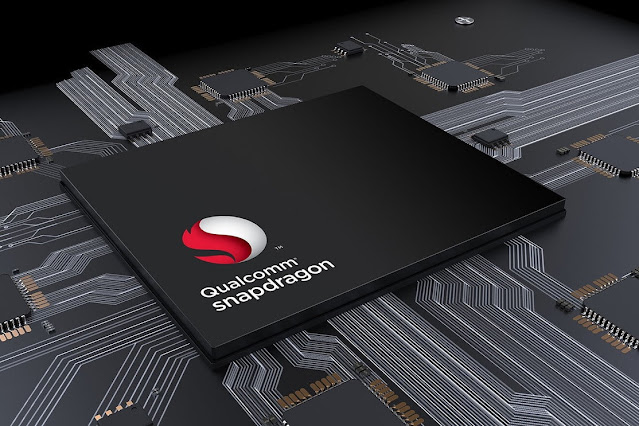 As previously explained, these two devices are based on the Android 11 operating system with the ColorOS 11.1 interface. However, for the matter of innards, the two are opposite even though they both collaborate with a Qualcomm processor.
The regular version of the OPPO A74 is driven by a Qualcomm SM6115 with a Snapdragon 662 chipset with an 11 nanometer fabrication. With an Octa-core CPU made of four Kryo 260 Gold cores with a speed of 2.0 GHz and four Kryo 260 Silver cores that go up to 1.8 GHz.
In order to present a complete visual appearance to users, OPPO A74 pairs a GPU called Adreno 610. Its performance is getting faster thanks to the use of 6 GB of storage space for RAM and 128 GB of internal memory. With the offal it carries, OPPO A74 has won an AnTuTu v8 score of 184,000.
Meanwhile, the OPPO A74 5G runs on a Qualcomm SM4350 processor with a Snapdragon 480 5G chipset, which has 8 nanometers of manufacturing. The CPU is mixed using an Octa-core consisting of two Kryo 460 with 2.0 GHz performance and six Kryo 460 cores which have clock speeds of up to 1.8 GHz.
On the GPU, the OPPO A74 5G is supported by Adreno 619 which will create a more high-quality and maximum graphic display. Supported by 6 GB of RAM and 128 GB of internal memory with UFS 2.1 technology, making this device reliable in matters of media and file storage. Thanks to the kitchen, the AnTuTu v8 score obtained by the OPPO A74 5G is 120,876.

4. Minor Showdown on the Camera System 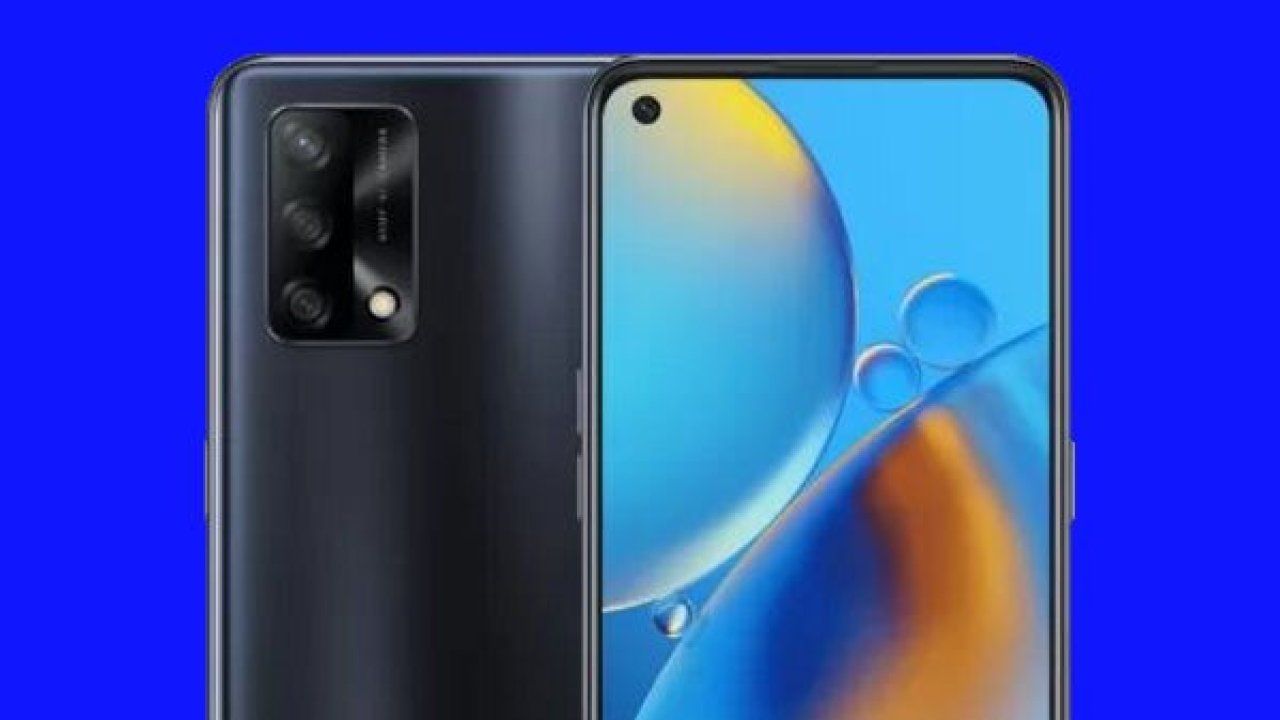 In the aspect of photography, the differences between the two OPPO phones in the A series are not so dominant. This can be seen in the main camera OPPO A74 and OPPO A74 5G.
OPPO immerses several sensors with similar configurations including 48 MP with f / 1.7 diaphragm for wide sensor and a pair of 2 MP with f / 2.4 aperture embedded in depth and macro sensors.
However, on the main camera belonging to the OPPO A74 5G there is an additional sensor, namely ultrawide with 8 MP resolution with f / 2.2 openings. For the videography sector, both the regular version of the OPPO A74 or the OPPO A74 5G have a 1080p resolution at a frame rate of 30fps. However, the OPPO A74 5G gets a balance technology support that is none other than gyro-EIS.
Turning to the selfie camera, OPPO A74 gets a 16 MP resolution which has a diaphragm of f / 2.4. Meanwhile, the OPPO A74 5G also has a 16 MP sensor configuration but the aperture is much smaller, namely f / 2.0, so it will present a clearer bokeh effect. In addition, the OPPO A74 5G is equipped with a panoramic feature on the front camera.

Apart from the points mentioned above, there are other minor differences between the two OPPO smartphones such as in terms of connectivity, sensors, battery, color and price. For those of you who like to make digital transactions, it will be made easier by the presence of the NFC feature on the OPPO A74 5G. Meanwhile, the standard edition of the OPPO A74 is not equipped with these advanced features.
Regarding Bluetooth technology, the fact is that the OPPO A74 5G is more advanced because it has implemented version 5.1, which is claimed to transfer data faster than 2 Mbps. Meanwhile, for OPPO A74, you have to be patient with Bluetooth version 5.0, whose communication speed cannot exceed 2 Mbps.
In both navigation systems using GPS from BDS, GLONASS, and A-GPS. Uniquely, both the OPPO A74 and OPPO A74 5G are equipped with an additional different navigation system. The GPS named GALILEO from the European Union has been paired with the OPPO A74, while the OPPO A74 5G collaborates with QZSS which is popular in the Asia and Oceania region.
In addition to the compass, proximity, gyro, and accelerometer sensors, both OPPO A series smartphones are equipped with fingerprint scanners. It’s just that the OPPO A74 fingerprint is embedded under the screen and optically, in contrast to the OPPO A74 5G which embeds its fingerprint on the side of the frame. The fingerprint placement of these two phones can be said to be very accessible.
As a twin device the battery system is supplied with the same size, namely Li-Po 5,000 mAh. However, there is little differentiation in its fast charging technology. In this respect the OPPO A74 excels thanks to the presence of SuperVOOC 2.0 and fast charging that goes up to 33W. Meanwhile, the OPPO A74 5G should be grateful for its power which reaches 18W.
Both the standard version of the OPPO A74 or the OPPO A74 5G offer two color choices for potential owners. There are Prism Black and Midnight Blue variants that can be found on the OPPO A74, while the OPPO A74 5G comes with Fluid Black and Space Silver. Obviously, the colors it presents create a futuristic and elegant feel.
The next aspect that has been waiting for is price. What is the price of each of these two latest OPPO phones? For those of you who plan to wrap a 6/128 GB OPPO A74 type, you have to at least prepare 230.USD Meanwhile, if you are interested in proposing the OPPO A74 5G measuring 6/128 GB, prepare a dowry of 241.USD

In several aspects it can be seen that the regular version of the OPPO A74 excels in a lighter body, pixel sharpness, screen-to-body ratio, display panel technology, the greater AnTuTu v8 value, and fast charging technology on its battery system.
Then, for the OPPO A74 5G, you must be proud of the achievements it has made in the fields of faster refresh rates, spacious screen sizes, high brightness levels, photography and videography systems, ownership of more sophisticated Bluetooth technology, and the presence of NFC features.
That’s the discussion about the differences between OPPO A74 and OPPO A74 5G from Techpk. Hopefully it can help you decide which device is right to take home, is it the standard version of the OPPO A74 or the OPPO A74 5G?
20.59368478.96288