Skip to content
Home blogging VPS Hosting vs Cloud Hosting: What to Choose and What’s the Difference?

If your site has at least one page and a couple of photos, they need to be physically stored somewhere. Moreover, this must be done in such a way that they are available around the clock. To solve this problem, various types of hosting services are used. Each of them has its own pros and cons. We will try to figure out in which cases it is worth using cloud hosting, and in which ordinary VPS hosting is sufficient. If you want to learn more about cloud hosting and architecture, you can join one of the online Cloud courses.

VPS hosting is a service, the essence of which is to provide access to a virtual server. The user gets root rights, the ability to work with routing tables and filtering rules, can use dedicated IP addresses, install the necessary applications, etc.

Such a server is created using various virtualization technologies and fully emulates the work of a physical dedicated server (Dedicated Server). But unlike it, several virtual servers can be created on one physical machine, which are distributed among users.

When using cloud hosting, system resources are also shared between users. But in this case, not one physical computer is involved in the system – but several. The resources of these computers are combined into a single cluster.

A cluster is two or more computers that are interconnected by high-speed information transfer channels. From the user’s point of view, this is a unified system aimed at ensuring the operation of various applications, including sites.

Most often, such a cluster works using the IaaS model, in which the user pays only for the actually used resources, which, importantly, belong only to him and he can always rely on them.

Comparison of VPS and cloud hosting

When using a virtual server, the user gets at his disposal a certain part of the resources of the physical server. However, the processing power of these resources, as well as the amount of available RAM, can change throughout the day. This is due to the fact that at different times of the day the load on the server can vary significantly. For example, at night, when there are practically no visitors – all the resources are free, but in prime time – it can be difficult to reach the site, since all the server resources are already spent on ensuring the operation of other sites.

When using cloud hosting, such a situation is practically excluded, since in the event of an increase in the load, it is evenly divided between all cloud servers. And in the case when the load is approaching peak, it is always possible to increase the number of computers included in the cluster, and thereby avoid problems with the availability of sites.

Like Dedicated Server, the virtual server provides more options in terms of site administration. In the case of working with cloud hosting, the user immediately receives already configured images of applications and operating systems. Thus, he is relieved of the need to tweak something – everything already works out of the box.

Moreover, if the user has sufficient qualifications, he can implement things that are not available for use on the VPS-server.

If, when using a virtual server, the available resources are not enough for a full-fledged work, there is always the opportunity to switch to another tariff plan. If you need a short-term increase in power, this can be difficult, because the server’s capabilities are limited.

Cloud hosting is free from such inconveniences. It only takes a few clicks to increase the frequency of the processor or the amount of RAM. At the same time, the server will not need to be overloaded, and your site will be uninterruptedly available.

Obviously, in the event of any malfunction of the VPS host, the work of all sites hosted on it stops. Within a short time, either the problem is eliminated, or the standby server is brought up.

Cloud hosting uptime is aiming for 100%. This is due to the fact that in case of failure of one of the servers, its work begins to be performed by other computers included in the cluster.

The price of a cloud hosting service is usually higher than that of a VPS. But with insignificant use of resources, it can decrease – since in the case of the cloud, the user pays only for what he spent. The price for VPS does not change during the month and you always know how much you need to pay.

VPS hosting should be chosen if you have a small or medium site, and for you, first of all, a low price is important, as well as the ability to control the site as much as possible.

Cloud hosting is suitable for those who work with serious projects that require further growth and development. Scalability and uptime will come in very handy for such projects. 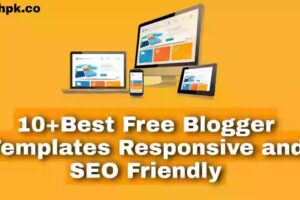 Lazy Load Adsense The Best Solution For Your Website Performance

Free SSL VS Paid SSL, Which is Better?